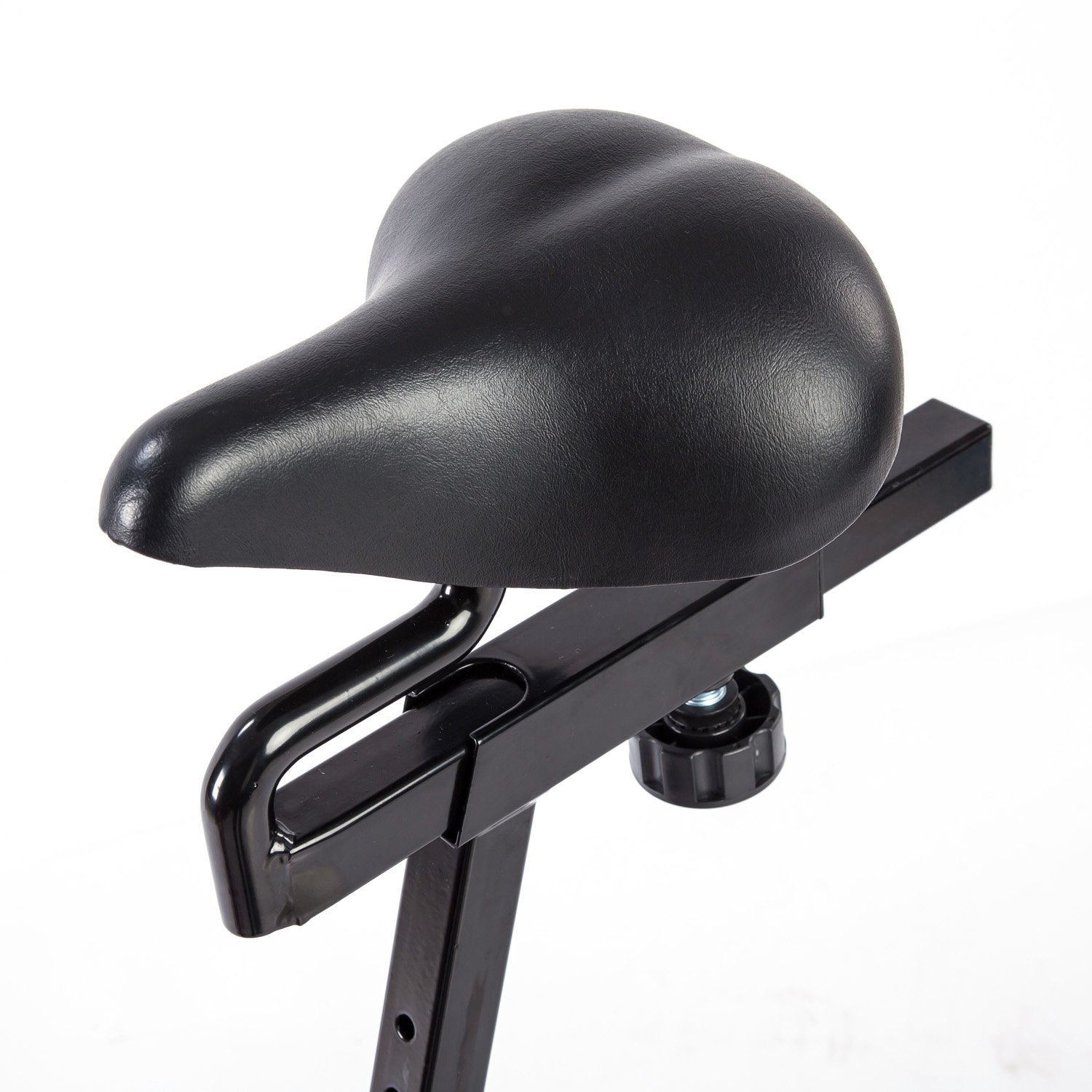 is a compact, well-built spin bike that places durability and functionality ahead of technology and features. The crank and the steel frame are both heavy-duty, and the seat and handlebars are fully adjustable. The chain-drive mechanism and the 30-pound flywheel give the exerciser who is 220 pounds or fewer a smooth, quiet ride. This cycling bike weighs in at 85 pounds and measures 20” x 43” x 46”. Released in September of 2011, this cycling bike is currently available on Amazon.com for $206 plus free shipping.

One of the biggest pros of this riding bicycle is its cheap price. Most other bikes of this type and quality are priced at over $300, but this bike costs a little more than $200. True, this bike has few features; in fact, its iPod holder is, more or less, the only one. No electronic display tracks mileage or speed; no pre-made programs adjust the resistance automatically, and no speakers blast music during exercise. However, this bike’s frame is constructed of quality steel that provides a feeling of stability during a workout. Assembly is easy and simple, taking as little as 15 minutes. The red, black, and silver color scheme is striking and attractive, instantly drawing the eye.

The chain and flywheel are quieter and smoother than those found on some other models. While there is no electronic method of adjusting resistance, the adjustment knob on this bicycle is easy to read and easy to turn. The resistance levels offered are quite challenging for most users—especially those who are interested in light to medium workouts in terms of resistance. The heavy-duty crank is well-made and can withstand fairly heavy usage. The overall make of the bike produces a more realistic riding motion than do some other recumbent or riding bicycles.

Another positive feature of this bicycle is its adjustability. The seat and handlebars can be raised and adjusted to suit multiple body types. Even smaller people stand a good chance of being comfortable riding this bicycle depending on their overall body types. This bike is also easy to store thanks to its small size and attached transportation wheels that make movement relatively easy. The warranty on this bike is somewhat limited, but considering the price, offering a 1-year warranty on the frame and a 90-day warranty on the labor makes sense.

One of the most frequent complaints about this bicycle is that the seat is uncomfortable. Many users complain that the seat is too hard—especially if the user works out for a long time. Not too far behind the seat complaints is criticism about the pedals on this bike. According to multiple users, the pedals of this indoor bicycle can either loosen, strip, and fall off or may not even be installable at all. Users have also complained of a burning smell that can occur once the resistance pads have worn down; this wearing down can happen in as little as a week.

Other users have complained about height issues, which is a frequent complaint with exercise equipment. People who are short or tall may have trouble using this bicycle. Noise has also been a complaint; some say that the chain and flywheel are not as quiet as advertisements claim them to be. Others say that the bike starts out quiet but becomes louder after about a month or so of use. A final complaint is that the bicycle’s assembly is not as simple as is billed; some people have claimed that putting this bike together takes hours rather than minutes.

The seat complaint is wide-spread, but fortunately, the fix for that is easy since many users have had positive results by purchasing either a seat cover or a replacement seat. A certain percentage of any given product is going to malfunction at some point, and elements like noise and ease of assembly are subjective. Potential customers should always take height and body type into account when shopping for exercise equipment—especially equipment like a bicycle since a bike’s usefulness to the consumer often relies so heavily on leg length. This bicycle only supports exercisers who weigh up to 220 pounds, so heavier users will have to look elsewhere for a spinning bike.

Larger users who have about 60 more dollars to spare may want to consider the Sunny Health & Fitness Pro Indoor Cycling Bike. Not only does this bike have a flywheel that weighs 10 more pounds than the Sunny SF-B1001; it can also support users who weigh up to 275 pounds. In spite of these improvements, however, many of the SF-B1001’s problems are still present in this bike. Users will have to decide if a larger flywheel and the 275-pound weight capacity of the Health & Fitness Pro is worth the extra $60.

For most casual indoor bicycle users, the Sunny SF-B1001 Indoor Cycling Bike is hard to beat in terms of value, durability, and functionality. Short, tall, or heavy-set users may need to look elsewhere to find bicycles that are geared more towards their body types, but average-sized users will likely be pleased with the performance of this indoor bicycle. 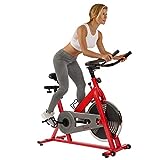