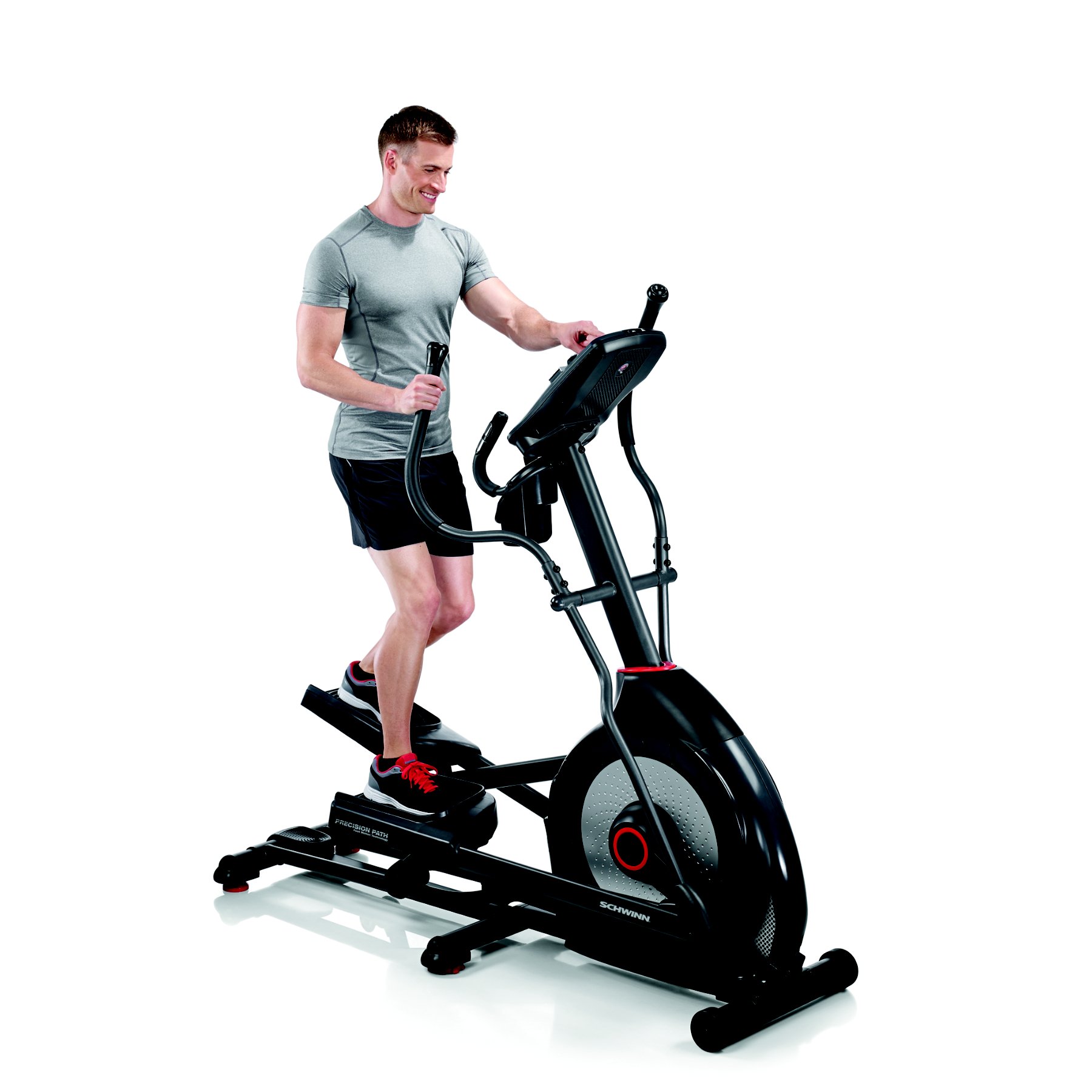 The Schwinn 430 elliptical machine came on the market in January 2014. It has been a top seller for the storied Schwinn brand. With a 20-inch stride and dual handlebars — one set moving, one set static — it offers a comfortable workout with the option of involving the upper body.

It also includes a digital computer capable of tracking heart rate, calories burned, distance traveled, and many other metrics. There are 22 pre-programmed workouts. Users can also program their own workouts from scratch.

This elliptical is manufactured by Schwinn, a company with a long history of producing quality road and stationary cycles. The Schwinn 430 has most of the features you would find on a health club elliptical, but for a much lower price.

It is loaded with features, such as 10 levels of resistance which can easily be adjusted mid-workout with the push of a button. The six manually adjustable incline settings enable users to target different muscle groups by striding at different angles.

Over half of Amazon users who reviewed the Schwinn 430 rated it five out of five stars, with the majority of the remainder giving it four out of five.

While negative reviews of the Schwinn 430 were few and far between, there are a few minor issues with the product that were brought up by several users.

A few complained that the weight of the machine is cumbersome at 226.5 pounds. This can be viewed as a negative or a positive. A smaller person may find it inconvenient to maneuver the box inside from the front porch to begin assembly, but the payoff is a high-quality machine made out of durable components, which tend to be heavier than their cheap, shoddy counterparts.

Some owners wrote that the users’ manual provided insufficient instructions on how to track and program workouts using the display monitor. This will be no issue for computer-savvy users, but those who struggle with technology may be frustrated until they get the hang of it.

Finally, some users wished that the ramp incline could be adjusted electronically rather than manually.

For the price, there isn’t a better elliptical on the market. Even users who were used to working out in health clubs on commercial-grade machines reported that they could tell no discernible difference with this home unit. Health club devotees typically can detect an immediate and significant decrease in quality when they step on a piece of exercise equipment made for the home.

Users who want higher-end features such as an electronically adjustable incline and more pre-programmed workouts might want to take a look at the Schwinn 470, the “big brother” to the 430. However, the 470 is several hundred dollars more expensive, and other than the aforementioned minor differences, they are pretty much identical.

The final verdict is that the Schwinn 430 is a must-have for anyone who wants to work out on a gym-quality elliptical without the hassles of going to the gym.

Have some experience with this elliptical model? Tell us what you think of it below in the comments! 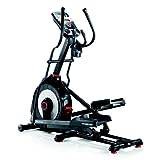