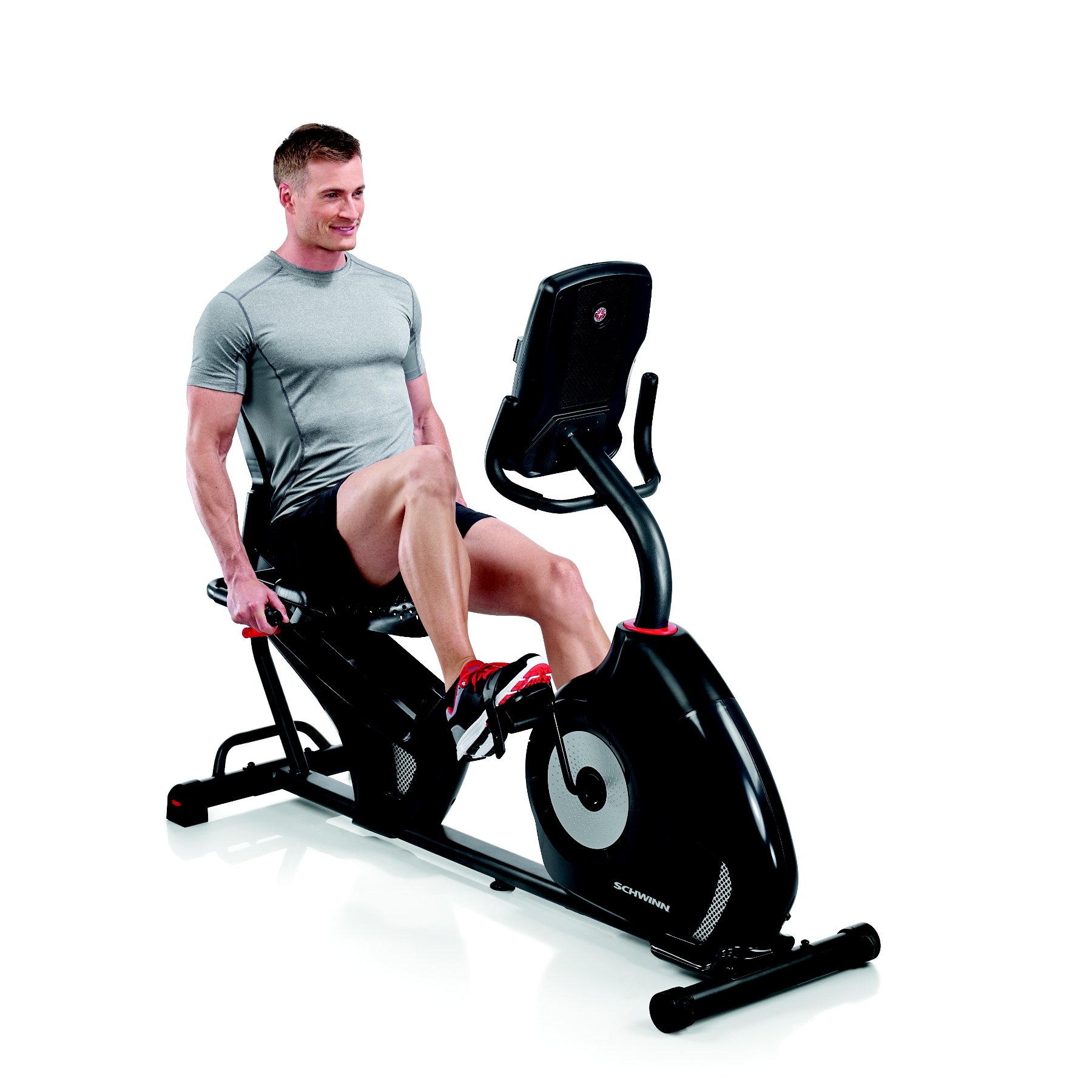 The Schwinn 220 Recumbent Exercise Bike was originally released in 2008, with newer models being updated in later years like 2009 and 2012. This model competes with other entry-level ergonomic recumbent exercise bikes on the market although it is a step up from Schwinn’s basic model, the A20. The 220 carries a price tag of $499 and features a large computerized console with 16 resistance levels and 8 different workout programs. The bike also has a port to plug in a music player as well as speakers for playing music, a water bottle cage, a variable speed fan and pads for measuring one’s heart rate while riding. It also sits on transport wheels, making it easy to move when necessary, and features extra-large pedals complete with straps.

Overall, users liked most of the features of the bike. They cited the ease of moving the seat and finding a way to ride comfortably as the best feature the 220 had to offer. Users found riding comfortable and enjoyed the over-sized padded backrest and comfort-shaped seat. Many users also liked how easy it was to move the bike from location to location around the home or workout area using the transport wheels on the bottom of the bike.

Some users also enjoyed the additional features on the bike like the fan, water bottle cage and heart rate monitoring pads as well as the speakers and the ability to plug in a music player. They felt the addition of the fan and water bottle cage added to their ability to cool down and stay hydrated. Users liked not having to set down a water bottle out of reach on the floor or hold onto it or use a separate fan. Many users also liked using the pads for heart rate monitoring as well, which they felt helped them stay on track with their workout goals.

Other benefits that users cited included the quietness of the bike, the way pedaling felt like riding an outdoor bicycle and the ease of starting up a workout with one or two quick pushes of a button. Home users especially liked that the bike made very little noise and therefore would not disturb others in their household. Riders who used the recumbent bike as an indoor replacement for outdoor riding enjoyed that the flywheel and pedal design simulated riding a bicycle. Users who didn’t want to spend a lot of time setting up a workout plan liked that it was easy to begin riding by simply turning the bike’s display on and setting the resistance.

Complaints about Schwinn’s 220 model recumbant bike tended to focus on the control display panel, with a large percentage of users stating that they felt the display was difficult to read at best and impossible to see at worst. Complaints tended to worsen if the user had to exercise in low lighting conditions or wanted to use the display for continuous interaction during a workout. Certain users under 5’3” found the design uncomfortable, other users felt like some of the bike’s features weren’t user-friendly. Some stated that the fan wasn’t powerful enough to be useful, while others disliked how far away the reading area was from their eyes.

Other complaints also centered around the bike’s features rather than its overall design. Some users felt that the bottle holder was too small for an average-sized water bottle and that the speakers were not high-quality and did not reproduce audio well. Users who disliked the features generally said they simply didn’t use them or found alternatives.

Most users liked the design of the bike overall, and for those looking for an extremely comfortable recumbent bike that rides like an outdoor bicycle, this is an excellent choice. Many users felt that Schwinn created a recumbent bike that minimizes the discomfort usually associated with bike riding. The bike accommodates users of average height, but those who fall at height extremes may want to try out the bike first to see if it will accommodate them comfortably. The transport wheels also make moving the bike from room to room easy and relatively effortless. Other than the display, most users’ complaints about the bike focused on its added features like the speakers, fan, bottle holder and reading rack. In general, users who disliked these features ended up simply not using them. 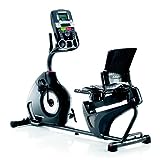