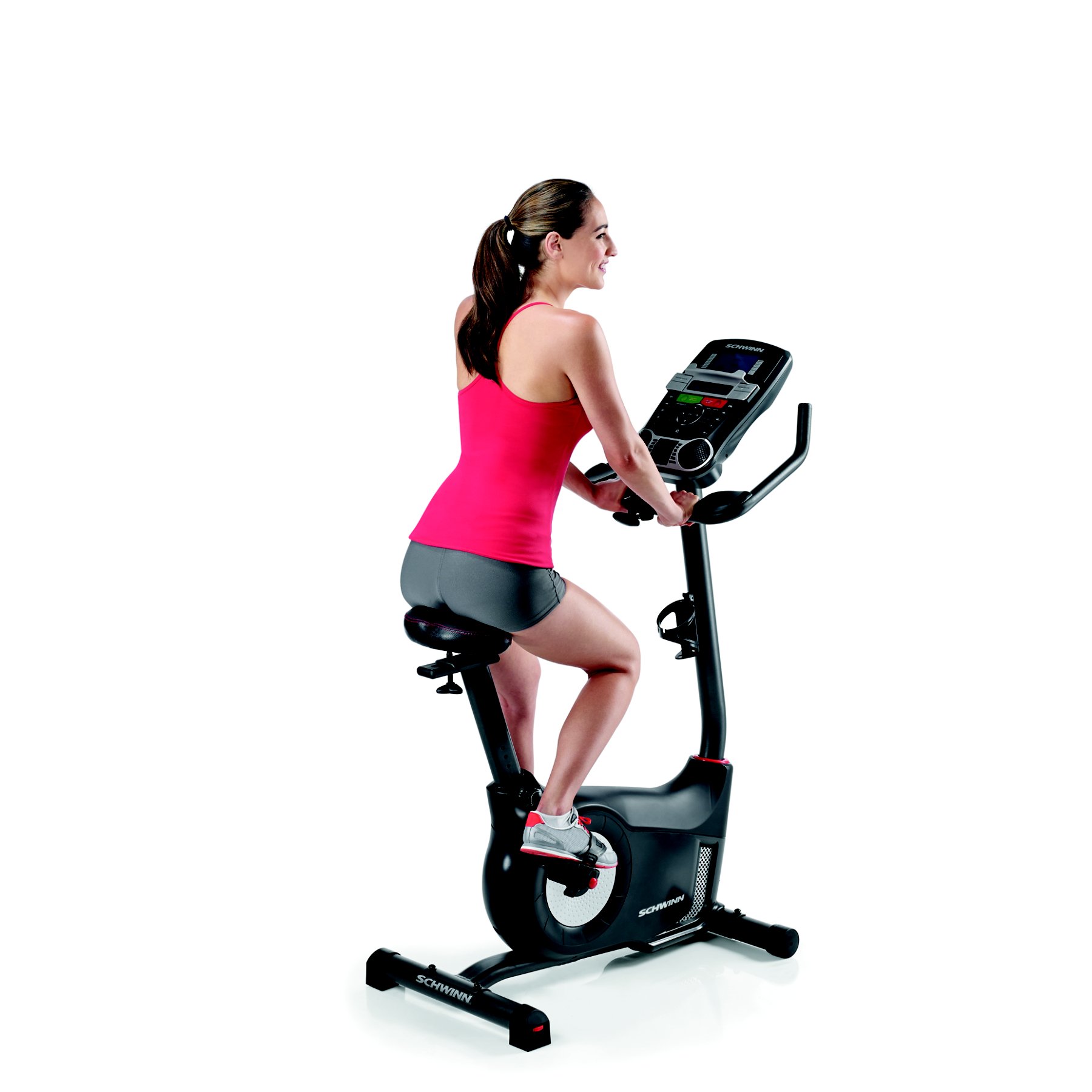 The Schwinn 170 Upright Bike is an exercise bike anyone should consider when looking for a new item to add to his or her personal gym. The exercise bike, part of Schwinn’s 2013 line, is black and grey, with a sleek, metallic look. It comes with a large display that comes with a variety of preloaded programs and features. The bike itself weighs roughly 71.8 pounds and measures 41 by 22.5 by 13 inches. The Schwinn 170 has a list price of $699.00 but is currently on sale for $399.00.

Listed below are some of the pros and cons of this unit.

Main console features a dual LCD display, allowing users to view up to 13 different types of feedback at once. Console is programmable for up to four different users. This allows for up to four people to maintain and trace their exercise statistics when using the bike. This particular exercise bike feature 29 unique programs. Some of them are considered endurance programs, while others train for speed or weight loss. The programs model real-life biking conditions like mountains, trails and other outdoor features. Users can also manually program their own courses and store them within the console’s memory.

The console features a cooling fan which has multiple speed levels. The bike’s console also has a USB port that can be used for charging and/or data exchange. Users can keep track of their stats via a feature called SchwinnConnect. The Schwinn 170 features a large, padded seat that is meant to provide as comfortable a ride as possible. However, if for some reason the user wants to change the seat to a more standard, road bike seat, he or she may do so. The seat post is a standard size and will support other types of seats.

The console is very large. For bikers who like to watch television while they exercise, this may be a problem. The television would have to placed higher in order to see over the very large console. When biking a certain amount of time, say 45 minutes, the user has to input this time every time he or she exercises. The unit does not store typical exercise times.

This bike takes a while to set up. The instructions take some careful reading prior to assembly. Some have complained that the calorie counter is not very accurate.

Even though there are a few features that could be improved, overall, the Schwinn 170 is a bike that is worth considering. Features such as the high-tech display module, the fan, the audio input and the large amount of programs and resistance levels outweigh any of the minor negative features for this bike. Other bikes like the Sole Fitness B94 Upright Bike, the Diamondback Fitness 910Ub Upright Exercise Bike, the Bladez Fitness PTS68 Master Indoor Cycle Trainer or the Kettler Giro P Programmable Upright Bike may have more or different features. However, each of those bikes is more expensive than the Schwinn 170. Overall, the Schwinn 170 Upright Bike is loaded with features and is sold at a reasonable price. 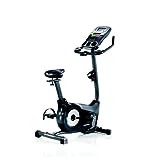