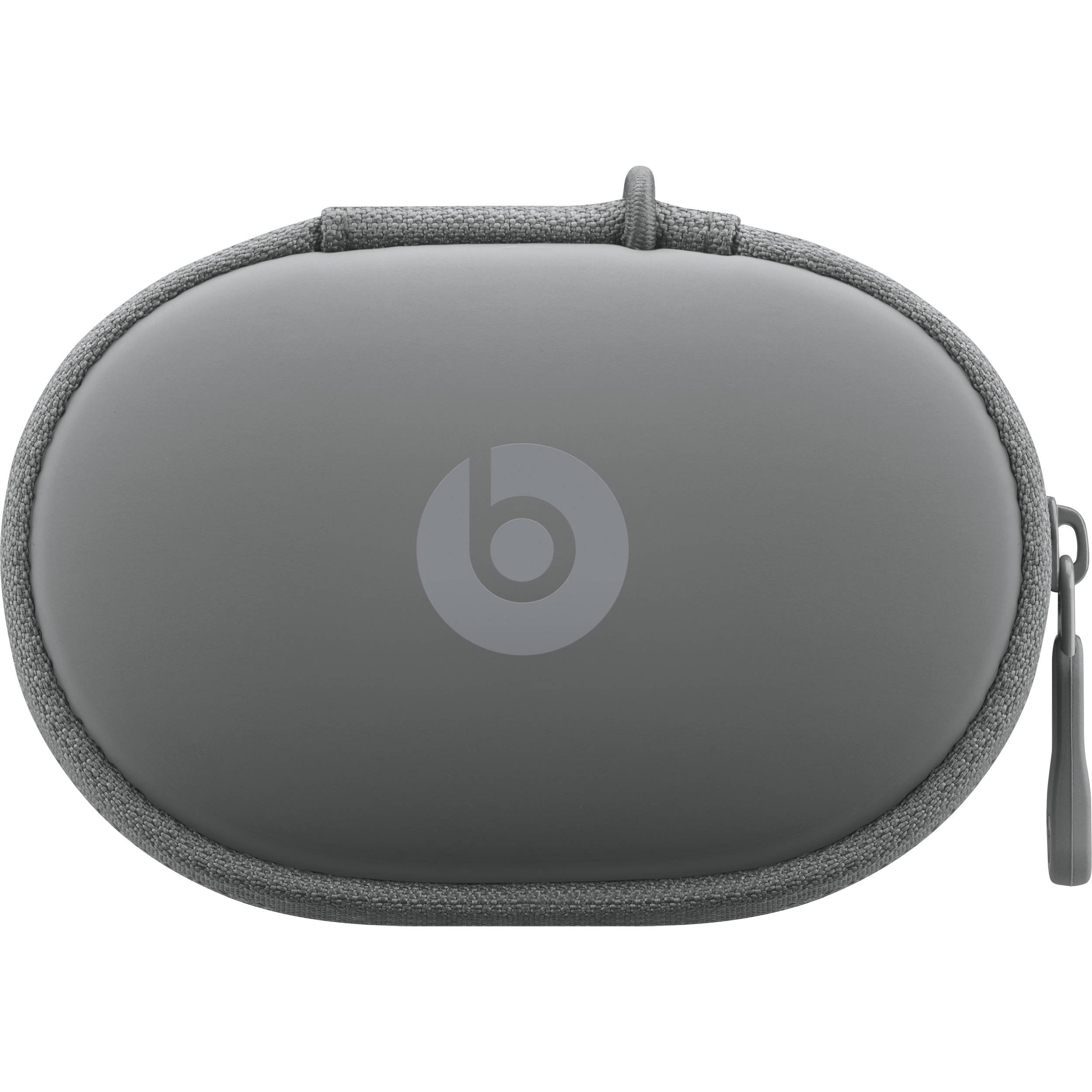 Powerbeats by Dr. Dre headphones adapt the brand’s design-focused image to an in-ear design to suit joggers and on-the-go music aficionados. The Beats by Dr. Dre line began producing Powerbeats in 2011 and continues to be one of the company’s major sellers. The in-ear phones go for $149.95 on Amazon.com. As athletic-oriented in-ear headphones, they typically win the most favor among the style-conscious. Plus, they combine the brand’s reputation for solid bass with several well-designed extras, such as a remote, a pliable ear hook design and a mic module that syncs with iOS devices.

Powerbeats fully translate the winning qualities of Beats by Dr. Dre to the distinct needs of runners and anyone listening to music while training. The in-ear design features an over-the-ear hook, which adjusts in shape and size to provide a good fit and the materials are “sweat-resistant” to avoid slippage in high-intensity training. The headphones come with multiple ear tips, so the wearer can select the best-fitting size. Unlike larger, noise-canceling headphones, Powerbeats are actually designed so that listeners actually receive a modicum of ambient sound, a safety feature for runners training along busy roads or anyone doing high-intensity physical training. A remote control, built into the cord, lets listeners safely adjust the volume, switch to a new track or hit pause without taking their attention off their workout. The in-line mic and remote provide seamless integration with iOS devices, meaning that listeners can easily control the music coming from their iPhones or iPods.

The Powerbeats’ audio specifications maintain the Beats by Dr. Dre’s reputation for high-quality bass with their integrated subwoofers. In addition, each earbud actually has two speakers, the so-called “dual-driver design”, which is intended to optimize both highs and lows by separating the bass and treble frequencies.

As with the original Beats by Dr. Dre headphones, Powerbeats are designed with style in mind. Here, the sleek look of the traditional headphones has been adapted to a more athletic look. The signature lowercase “b” is emblazoned on an arm band. The headphones are available in a range of colors, including white and light blue, though variations on the brand’s red-and-black palette predominate.
For athletes who train outdoors, the headphones are also UV-resistant to avoid premature fading. The 4.3-foot cord has an anti-tangling design. An extension cable is also included. A hard carrying case is also included with the headphones, ideal for tossing the high-end electronics in a gym bag.

The Powerbeats design is aimed to combine high-quality audio, the brand’s signature style and an athletic-oriented design. In the attempt to marry all three aims, some features are compromised, particularly the audio quality. Powerbeats produce top-quality bass using the integrated subwoofers. However, their in-ear design makes it impossible to enjoy the bass as one would with classic Beat by Dr. Dre headphones. Given the higher-end price point, the Powerbeats are more aimed as a head-turning fashion accessory than an audiophile’s investment. Competitors such as Bang and Olufsen or Klipsch are more likely to secure that share of the market.

The Dr. Dre Powerbeats design generally wins approval for its comfort and stability. However, the over-the-ear hooks make the headphones a difficult fit for cyclists or anyone who needs to wear a helmet. Some users report that the headphone’s sweat-resistance is subpar, though results vary widely, depending on ear shape and the intensity of the workout. The cord, though advertised as tangle-free, does not have the same flat profile you’d find among many competitors’ headphones. This design choice may prove appealing to some consumers, but it doesn’t offer the same tangle-free capability.

Since the headphones are not noise canceling, some wearers may find ambient noises distracting. While this is an intentional safety feature, a control that allowed users to turn the noise-cancelling function on and off could prove more user-friendly. As a side effect of this design, users may also find that the headphone “leak” sound, making them more appropriate for a noisy gym than a quiet office environment.

In essence, Powerbeats aim to combine the functionality of full-size, top-quality headphones with the limitations of the in-ear design. Certainly, you won’t get exactly the same sound as with a pair of Beats by Dr. Dre headphones. Nonetheless, most wearers find that Powerbeats make the transition successfully, from the larger headphone style to the small in-ear profile. In addition, numerous design elements give the product an edge over the competition, especially for runners and other athletes. The ambient sound function is a nearly imperative safety feature for anyone who jogs along roads or who trains in a gym with heavy equipment.

None of the competitors’ in-ear headphones, such as the Bose SEI2 or the Klipsch Image S4i, combine all the elements that Powerbeats does. None of the other three feature ear hooks, meaning that they must fit snugly inside the ear instead of resting atop it. Finally, none of the other three have developed the design following of the Beats by Dr. Dre brand, an “x factor” that the Powerbeats headphones uphold.