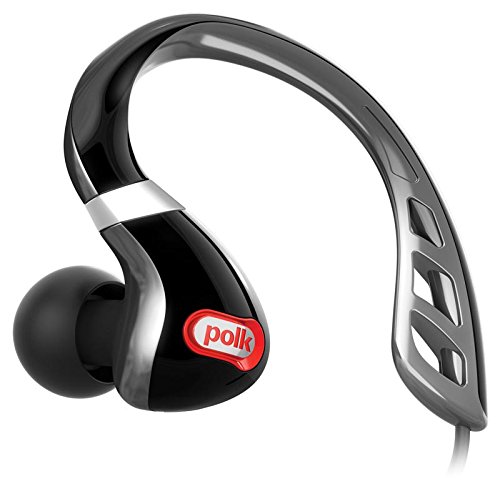 The Audio UltraFit 3000 earbuds from Polk offer a superior audio experience that’s affordably priced, at just $59.99 for a set of black or white earbuds. The company has painstakingly reconsidered every aspect of what it means to listen to music at the gym or outside while running, and this has resulted in a set of earbuds that typically does not fall out of the ear, fray near cable connection points, or lack in features for the typical smartphone user.

Polk’s earbuds effectively cancel out ambient noise, clip to the ear to prevent gravity from yanking the earbuds out, and offer an intuitive remote control on the cable so that smartphones can be controlled without pulling them out of a pocket or armband. Released more than three years ago, these headphones are still going strong: Many users have had their durable pair of Polk UltraFit earbuds since release day without issue, while others are still considering these buds as a viable option three years later, thanks to their affordable price and durable construction.

Polk has long been one of the most respected names in portable audio, and the company’s UltraFit 3000 earbuds are a good example of how the company has become known as a leading brand among athletes. In an environment that seems to prioritize smaller and smaller in-ear earbuds, Polk’s UltraFit 3000 alternative offers robust sound through larger earbuds and better support thanks to an over-the-ear support mechanism. This classic design was popular at least a decade ago, but slowly fell out of favor to smaller, support-free earbuds. After learning a crucial lesson, that earbuds without support quickly fall to the ground while running or working out, athletes are finding Polk’s design to be a refreshing return to sanity.

In addition to its supportive design, this set of earbuds uses digital audio that sounds far better than lower-priced, analog in-ear models currently on the market. That means buyers can expect better bass, clearer backup vocals, and higher treble points, than would be possible otherwise. The sound of these earbuds is enhanced by adaptive tips, which fit a range of ear sizes snugly. That tight fit is what really transmits deep bass and rich sound, giving the earbuds a premium feel.

As has come almost standard with higher-end earbuds, the Polk UltraFit 3000 buds come with an inline remote control that can be used to increase or decrease the volume, answer phone calls, pause music, or skip to a previous or future track, all without handling the phone during a workout. Give the fragile nature of the modern, glass-inclusive smartphone, this feature is a must-have for those who are physically active. Added durability comes from a fray-free cable design, a flat audio cable that resists tangling, and materials that resist damage due to sweat, all key features for the modern athlete.

Though the remote is a handy feature for smartphone users, a large number of reviews and UltraFit 3000 users report that the assembly is actually quite fragile. Given the focus on durability that exists elsewhere in these headphones, that could be a significant detractor. The good news is that a malfunctioning remote control seems to have no impact o the ability of the headphones to keep emitting sound to both ears, which will at least make sure that the key function of these earbuds is maintained.

With that said, some users do report that either the left or right earbud tends to “die” after extensive levels of usage. It’s worth noting, however, that many users who reported this problem had owned a pair of the Polk Audio earbuds since their release in 2011 and the problem only manifested after more than three years of daily use during workouts and other vigorous activities. It’s also worth noting that this report of lax durability is made by a very, very small minority of users, and is certainly not a major flaw of these earbuds or a common cause for concern among Polk’s sizable user base.

The UltraFit 3000 headphones are an affordable option for today’s athletes, with a price tag of just $59 that is far more affordable than competing options. With durable construction, an inline remote, and an over-the-ear support system that keeps the earbuds in place during more vigorous workouts, it’s no wonder that these headphones are still on the market after more than three years of continued high sales at retailers like Amazon and others. Users simply can’t get enough of an affordable, durable, high-quality set of earbuds that stays in place no matter how hard they push themselves at the gym. 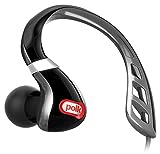