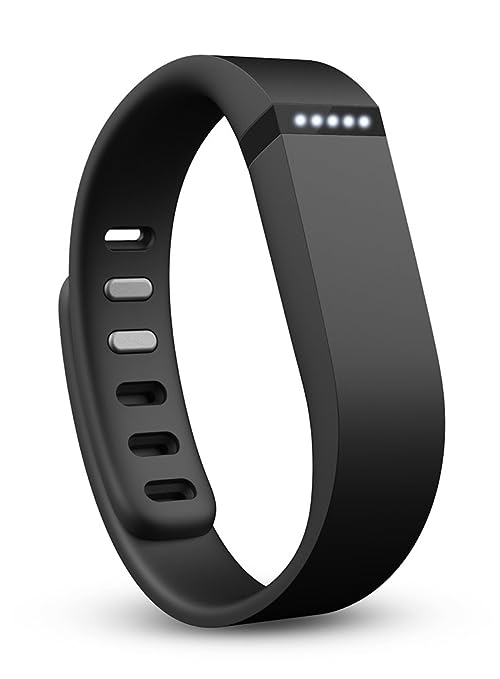 The Fitbit Flex Wireless Activity + Sleep Wristband is the ideal product for active people who are wanting to encourage themselves to live a healthier lifestyle through exercise, diet, and improved sleep. Users can track their steps, calories burned, and overall active minutes with a slim wristband that vibrates when goals are met. For just $99.95, buyers can get an all-in-one pedometer that also tracks their sleep cycles and lets the wearer know exactly how much sleep they’re getting. If someone is wanting a nifty little gadget to help them get more active and improve their lifestyle, the Fitbit Flex Wristband might just be the product for them.

The Flex Wristband by Fitbit is user friendly, meaning there’s very little learning curve to learning to operate it. With just a few quick taps, the Flex is easily set up and ready to use almost immediately.

The Fitbit Flex is not excluded from having a list of cons that are reported by users. Some common issues include the following:

If users are looking for an easy to use pedometer, this product is worth evaluating. It’s unlike traditional pedometers in that it stays on the wrist and isn’t subject to falling off of a waistband or the hem of a pocket. Because it seamlessly teams up with today’s technology, there’s nothing old fashioned about this product. The Fitbit Flex’s competition, the Jawbown UP24, is comparable but does have a few more features like a barcode scanner for food tracking, a stopwatch, and a longer battery life for a slightly higher price tag of around $100+. However, for the price, the Fitbit Flex is a solid all around deal with its easy syncing, sleep tracker, comfortable fit, and varied goal setting options.